Although most shifts go smoothly, it is important to be aware of potential emergencies and how to deal with it.

There are 2 important things to realise

1. Everything is shortened to a pneumonic (or its latin!)
2. You many think that everything is going to plan, but women can be unpredictable

If there is any terminology that you don’t understand – look it up as that way you can learn at the same time!

This is a common emergency and happens fairly frequently. A PPH is when there is a blood loss over 500mls after birth. We manage a PPH by trying to find out why it has occurred and to help you remember it is going to due to one of these T’s.

Although often linked with caesarean, instrumental or induced birth, it can also occur without any other known risk factors.

Here is an example from a midwife:

Mrs.M, chose to have her 2nd baby in a freestanding birth centre. Her first baby was born without any complications.

Mrs. M very quickly started to feel faint and not at all well. After a move from the toilet it was obvious that there was quite a bit of blood lost. We weighed the blood loss and she had lost over 1500 mls, remember over 500 mls is a haemorrhage so this is an emergency.

Thinking about the 4 T’s…

We knew it was not:

So, it was tone.
With the use of drugs, giving a fluid drip and going to labour ward in an ambulance, every was fine and Mrs.M did not need a blood transfusion.

This is when the baby’s shoulder gets stuck on the pubic bone. So ‘bone on bone’. This can happen for many reasons, but the most common are a previous baby has got stuck, diabetes, obesity or just a bigger baby.

To help the baby be born, there is a combination of manoeuvres that we use.

So you’ve guessed it; a pneumonic!

For an interview you would not expect to know this, but if this is something that interests you, you could do further reading before the interview.

Example:
We went to Mrs.P at her home, expecting her 2nd baby. This baby was thought to be bigger, so we were all prepared for this emergency in advance.
Once the baby started to be born, it was born very slowly (a sign that there may be an issue with the shoulder’s). Once the head was born, but the rest of the baby was not following the next contraction, we started to follow the pneumonic.

10 minutes after the head was delivered, we welcome a sizable baby boy weighing 13lb 14oz. Both mum and baby were fine.

Is a complication that occurs prior to the birth of the baby, when the cervix is open and the cord drops through the cervix ahead of the baby.

Those at risk are:

No pneumonic on this one – phew!

We had transferred a woman from the antenatal ward to labour ward to have an induction of labour. She has expecting her 4th baby and this baby was thought to be small. She had been uncomfortable during the day, but not having any regular contractions. We were about to commence fetal monitoring of the baby’s heart rate, but before we did she decided to go to the toilet first. While she was in the toilet she said “I’m not sure what this is” on coming out of the toilet there was a large loop of umbilical cord between her legs. I called for help , she immediately got on the bed, adopted the ‘knee/chest’ position and the baby’s head was moved away from the umbilical cord. She was taken to theatre where a caesarean section was performed. Her baby boy was born without complications.

There are of course many other complications including eclamptic fit, maternal resuscitation, placental abruption, neonatal resuscitation. You will not be expected to know about management of any emergencies for your interview, but if there is something that interests you- read about it.

Homebirths- Why aren’t there more?

Blogs and More… 10 Suggestions for Midwives!

Where to work as a Midwife – home or abroad

Homebirths- Why aren’t there more?

Blogs and More… 10 Suggestions for Midwives!

Where to work as a Midwife – home or abroad 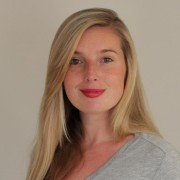 Would you be classified as ‘normal’ pregnancy in 2019?!

What can I do to promote diversity as a Midwife?

Bought by Lesley from United Kingdom (UK)
about 1 week ago

Bought by Eva from United Kingdom (UK)
about 3 weeks ago

Bought by Kat from United Kingdom (UK)
about 3 months ago

Bought by Saffron from United Kingdom (UK)
about 3 months ago